Oppressions intersect.
Systemic violence and institutionalized prejudices don’t victimize people in neat little boxes according to “race” or “sex” but instead, blur together in messy complicated ways.
So it goes, any attempt to challenge this reality – through organized social justice activism or personal daily battles – requires anticipating solutions that also cross boundaries, defy labels and overlap in beautiful ways.

As we highlighted in our most popular post HERE, Kimberlé Crenshaw identified how we shouldn’t be relying on a single category of a lived experience (e.g., being queer, or being chronically ill) to explain something as complicated as oppression (e.g., homophobia, or ableism).

That being understood, ELK has organized this website by keyword topics to make content more accessible. Some resources will appear on multiple pages because it is relevant to both by discussing multiple subjects.

In The Sexual Politics of Meat, Carol politicized the literary concept of the absent referent. The absent referent is the literal being who disappears in the eating of dead bodies, and who are kept in reproductive slavery to produce eggs and milk for human beings. 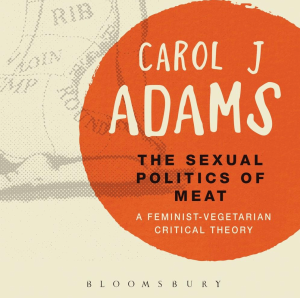 The Sexual Politics of Meat and succeeding works, also showed how non-dominant people often become absent referents and the ways that interlocking oppressions occur through the use of the structure of the absent referent. The absent referent is the fact and reality of oppression that disappears when someone’s life becomes someone else’s pleasure or convenience. Carol will provide an overview of this subject and then focus a part of her discussion on issues of reproductive justice and how current debates about abortion and birth control are related to attitudes toward nonhuman domesticated females whose bodies are always available for manipulation and use.

If, as our Mi’kmaq legends suggest, animals are our siblings, then how can we justify their treatment as objects within the hunting, fishing and agricultural industries?

What alternative do Mi’kmaq legends offer to the Christian colonial models of stewardship and domination, in which animals are our property? This workshop examines Mi’kmaq cultural values as an indigenous grounding for vegan practice while offering a critical standpoint on issues such as the indigenous fishing industry.

Simply put, the movement to end violence against women and the animal rights movement need each other. Neither will attain their goals in isolation. Those bold statements can be shocking and highly offensive in many circles. Accordingly, this presentation will explore not only how violence against women and animal rights are inextricably linked, but also concepts and methods that are key to the prevention of both manifestations of violence — the movements share a lot more than they realize. 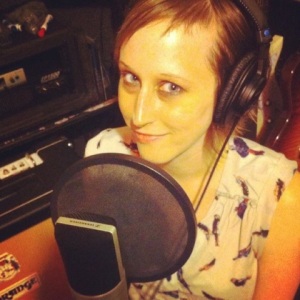 Drawing from the presenter’s extensive experience within the movement to end violence against women, the presentation will highlight common resistance to an intersectional approach to the issues, offering practical, applicable solutions to making the link. The solutions necessarily involve a critique of current approaches and phenomena in both movements, looking at how they can grow to take an intersectional approach and build partnerships to further their objectives, creating a peaceful and just world for all.

During this decolonial era, Indigenous midwifery in East Los Angeles despite the several attempts to dismantle this ancestral practice along with their Indigenous plant-based nutritional advice thrives as the alterNative to biomedicine. 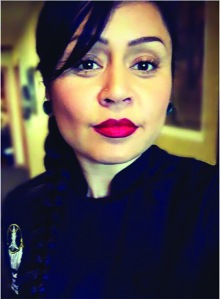 The Indigenous foodways and nutritional ways of knowing guided by these midwives are critical in restoring or decolonizing pregnancy, birthing, feeding experiences and most importantly health. In placing the decolonial present into perspective, a herstorical feminist narrative of early Los Angeles, midwifery, medicine, law, and the baby food industry discloses a critical dimension of the colonial matrix of power, which has been overlooked in determining changes in diet, health, and birthing. In recovering Indigenous foodways and nutrition, underground feminist practices in the urban ethnoscape of Los Angeles restores womb and taste healing memories.

Animal advocates have just begun to talk about intersectionality and sometimes do so without adequate understanding of the concept. Similarly, social justice activists have been slow to see the necessity of factoring animals into their intersectional analyses.

At the same time, proponents of both human and animal “rights” have tended to neglect feminist, antiracist, and anarchist critiques of the concept of rights. This talk will begin with an overview of the concept of intersectionality, including its history and implications, before moving on to show how extending the concept to include animals will strengthen the movement for animal liberation while at the same time clarifying our thinking about social injustice — including the utility of rights-based approaches to complex material problems.

How is the dairy industry like sex trafficking? Why should a feminist speak out against egg salad sandwiches? What does the exploitation of women share in common with animal agriculture?

“Sister Species” explores fundamental aspects of patriarchy (dualism, hierarchy, power, and control) and how these cornerstones of patriarchal culture link sexism with speciesism . . . and with racism, homophobia, and environmental degradation.

PERSPECTIVES ON INTERSECTING OPPRESSIONS FROM A MUSLIM VEGAN FEMINIST – R.H.

Feminism cannot afford to ignore the link between women’s oppression and animal exploitation. Nor should veganism position itself as a movement independent of the struggle for women’s rights.

As well as the obvious examples of dairy cows and battery hens exploited for their reproductive capacity, there is a more subtle connection. From an early age, R’s own experience in a patriarchal religious-based culture led her to question both the roles of women and the treatment of animals. In Halal, R will discuss how her feminism and vegetarianism (eventually to become veganism), bloomed simultaneously in her early childhood, although she was not to make the connection that these were two sides of the same coin until decades later; that feminism and veganism are intertwined because both reject the implicitly accepted notion that some bodies have the right to control and dominate others. As long as feminists eat meat, then they are propping up the very system they fighting against.

In this presentation, I’d like to talk about my own experiences in oppression, and how they’ve come to lead me to a life totally dedicated to being an ally and comrade to all beings as we all work towards eradicating the forces that hold us down.

I will address how radical sobriety has allowed me to find clarity in my own situation, how I’ve been able to take the strength that I’ve built as a survivor and do my best to fight  for the liberation of others, and also how sobriety has allowed me to become aware of the oppression that I perpetrate on my own as a white, cis-gendered female. By stepping away from intoxication culture, or at least by being aware of the harm it can cause, we can all take a step away from hierarchy, oppression and domination over others and move toward further accountability in our relationships with each other and the beings we share this world.

I will mainly focus on the theory around gendered representations of animals, drawing from a content analysis I did on best-selling children’s picture books with anthropomorphized animal characters from 2001 to 2010. I will also expand on my discussion of the naturalization of gender through children’s picture books to look at heteronormative depictions of animals. This presentation will go on to examine depictions of animals in books that denaturalize social norms. I will additionally address how society’s use of animals in this way is connected to animal rights issues, looking at the paradox of using animals symbolically to naturalize social norms, while devaluing the animals themselves. Overall, this presentation will demonstrate how attitudes toward animals may inform ideas about gender.

In contemporary western cultures, masculinity helps define what it means to be human. War propaganda, competitive sports industry, and advertisements are constantly reaffirming our identity as connected to power and gender/species domination. At the same time, women and non-human animals are portrayed as objects of consumption and conquest. Through a culture of violence and predation, masculinity ideas subjugate “otherness” in order to affirm Self. Violence against women and animals are not different kinds of oppression, but different expressions of the same oppression. 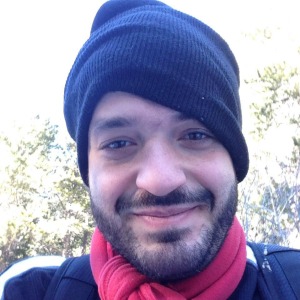 The advertisement industry provides the opportunity to analyze how sexism and speciesism are portrayed as products. During the last two years, I’ve been researching ads from many countries in order to compare how oppressions are sold as products in different cultures. I found that in capitalist societies, such as those in South and North America, ideas of violence and sexuality are intrinsically connected: the consumption of animal products is frequently related to female sexuality; in a similar way, female sexuality is commonly associated with meat consumption. Food and gender are not isolated matters, they interact to build a culture of rape. This presentation explores how aggressive masculinity reinforces a culture of sex and violence against humans and non-humans, comparing advertisements from a variety of capitalist societies, including Canada, the United States and Brazil.

I am transmasculine and identify mostly as a transgender butch or simply transgender.

I do not identify as a binary trans man, nor do I have the internal or psychological experience of many binary trans men. Whiteness shapes my experiences, which may not resonate with people of colour from otherwise similar gender/class/ability demographics. I do not speak for any group of people.

A dinner conversation in Ramallah, Palestine, between Palestinian, French, and North American friends, discussing the different ways human and animal rights are perceived.

Specifically, how social justice looks in the complicated context of an overall conservative Palestinian society, at least when compared to the more urban, progressive, and international city of Ramallah.

This presentation was delivered in 2013 during the first Sistah Vegan Conference, focusing on “Embodied and Critical Perspectives on Veganism by Black Women and Allies”. 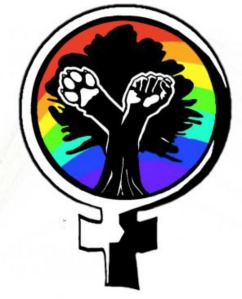