Skip to content
“Human Rights are Animal Rights: A conference on commonalities oppression” was an all-day conference hosted on October 26th, 2013.

**RECORDINGS BELOW (with captioning)**

The goal of this event was to compel others to evaluate the systematic exploitation of both human and non-human animals, and how these oppressions relate to our lives and our communities. This conference functioned as a platform for dialogue, networking and organization with others in creating a more resilient rights liberation movement for all.
~
This event happened on occupied territory of the Attawandaron (Neutral) people on whose traditional territory the University of Guelph resides. Offering respect to our Haudenosaunee, Anishinaabe and Métis neighbours, whom which we strive to strengthen our relationships with them & to honour the Two Row Wampum. A land acknowledgement such as this one does not exist in a past tense, but as a current ongoing process and something we need to build mindfulness of over our present participation.
~
Jan Sherman – an Anishinabe First Nations community member, storyteller, drummer, singer, and culture keeper – opened the conference with a land acknowledgement, prayer and drum song.

pattrice jones – Keynote: Animals, Intersectionality, and “Rights”
*Closed captioning is available. Click CC*
Animal advocates have just begun to talk about intersectionality and sometimes do so without an adequate understanding of the concept. Similarly, social justice activists have been slow to see the necessity of factoring animals into their intersectional analyses. At the same time, proponents of both human and animal “rights” have tended to neglect feminist, antiracist, and anarchist critiques of the concept of rights. This talk will begin with an overview of the concept of intersectionality, including its history and implications, before moving on to show how extending the concept to include animals will strengthen the movement for animal liberation while at the same time clarifying our thinking about social injustice — including the utility of rights-based approaches to complex material problems.

lauren Ornelas – Beyond Veganism: Diet & Consumption in a Global World
*Closed captioning is available. Click CC*
Lauren will discuss the achievements, shortcomings, and gaps of vegan advocacy with respect to various social ills. She will highlight both the inadequacy of vegan outreach in oppressed communities and communities of colour, and how forms of vegan outreach have the potential to either dismantle or reinforce historical relationships of oppression and imperialism.

Margaret Robinson – Indigenous veganism: Feminist Natives do eat tofu
*Closed captioning is available. Click CC*
If, as our Mi’kmaq legends suggest, animals are our siblings, then how can we justify their treatment as objects within the hunting, fishing and agricultural industries? What alternative do Mi’kmaq legends offer to the Christian colonial models of stewardship and domination, in which animals are our property? This workshop examines Mi’kmaq cultural values as an indigenous grounding for vegan practice while offering a critical standpoint on issues such as the indigenous fishing industry.

Dr. A. Breeze Harper – How Neoliberal Whiteness Influences Mainstream Vegan Activism and Consciousness in the USA
*Closed captioning is available. Click CC*
Since the 1980s, neoliberalism has become the USA government and Western economist’s universal answers to inequalities, such as poverty caused by European colonialism/imperialism and racial inequalities. However, decolonial scholars collectively argue that this new world economic order only exists to globalize the American capitalist system and consumerist cultural system. Capitalism, no matter how ‘self-regulating’, is a system that is not only unsustainable but also contingent upon the very types of structural poverty and racism that neoliberalism purports to remedy. Whether most people in the USA are conscious of it or not, our minds have been colonized by neoliberalism and this has deeply impacted how we collectively engage in even vegan activism and animal compassion work. During this talk/workshop, I will explore how particular vegan food guides and products, promoted as “cruelty-free” or “liberating”, uncritically uphold tenets of what I call neoliberal whiteness.

Mary Fantaske – The Disabled Body and The Animal Body
*Closed captioning is available. Click CC*
The way in which the human being has been socially defined is not objective. Political ideas concerning what meets the standard of a human body, and what does not play a critical role. In somewhat similar ways, the nonhuman body, and the disabled body are left out of this definition.  This segregation leads to the systems of oppression known as speciesism and ableism, which are fundamentally tied together. This workshop will explore the definition of the human being, how the disabled person and the nonhuman person are left out of this classification, and what the real-world consequences of these exclusions are.

mandy hiscocks – OPEN THE CAGES! Zoos, labs, factory farms & the Prison Industrial Complex
*Closed captioning is available. Click CC*
Across the continent, people and other animals are imprisoned in the service of capitalism. Animals are detained in abhorrent conditions for food, entertainment and product testing. Humans are detained in order to uphold the sanctity of private property, maintain control over people’s labour, and reduce the ability of oppressed communities to resist. The system which needs people to believe that the family dog has inherent value while it’s quite alright to confine and torture cows, rabbits and dolphins is the same system designed to force marginalized people to adopt criminalized survival mechanisms that often result in jail time.  This system generates huge profits for industry, supports an ever-increasing level of state monitoring and surveillance, and has led to massive crackdowns by police forces against those who fight against it.
Where is the common ground between human and animal liberation activism?  Where is the conflict?  How can animal liberation activists work with prison abolitionists for a society where all are free?  What can we learn from each other?  And what would a world without cages really look like?

Lisa Kemmerer – Sister Species: Why Feminists ought to be Vegan, and why Vegans ought to be Feminists
*Closed captioning is available. Click CC*
How is the dairy industry like sex trafficking? Why should a feminist speak out against egg salad sandwiches? What does the exploitation of women share in common with animal agriculture? “Sister Species” explores fundamental aspects of patriarchy (dualism, hierarchy, power, and control) and how these cornerstones of patriarchal culture link sexism with speciesism . . . and with racism, homophobia, and environmental degradation.

pattrice jones – Closing Address
*Closed captioning is available. Click CC*
pattrice will offer a summary of key themes of the day along with suggestions for carrying ideas from the conference into our activist work.

thanks again to everyone who participated, volunteered and came out for this ‘landmark event’! we are SO pleased with how everything went, and were amazed at the quality of all the talks! more of the video recordings will be released soon for people to watch.
actually, we enjoyed this all so much, that we plan to host a WEB-conference in a few months to ensure these talks continue!!! more details are to come, but as of now, this may be one of many online-events. the first, set for a tentative date in january 2014, will be focusing upon issues of patriarchy, genders, sexualities & feminism.
a call for submissions will be released soon, so if folks are interested in presenting, please be ready to submit a sample of your work/presentation!
human rights are animal rights!!
sincerely,
ELK 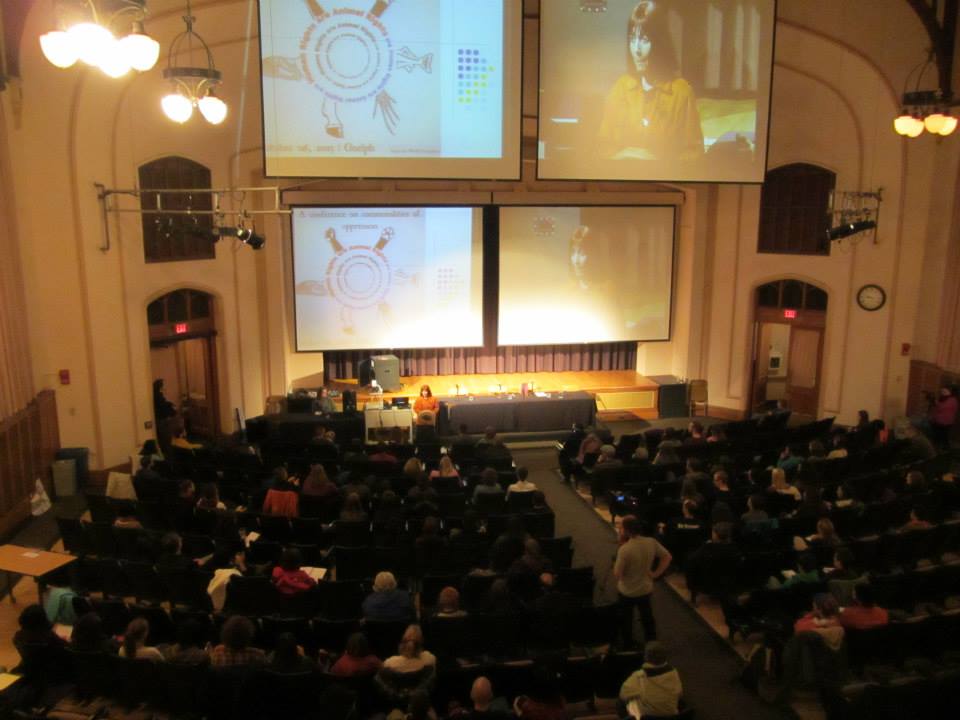 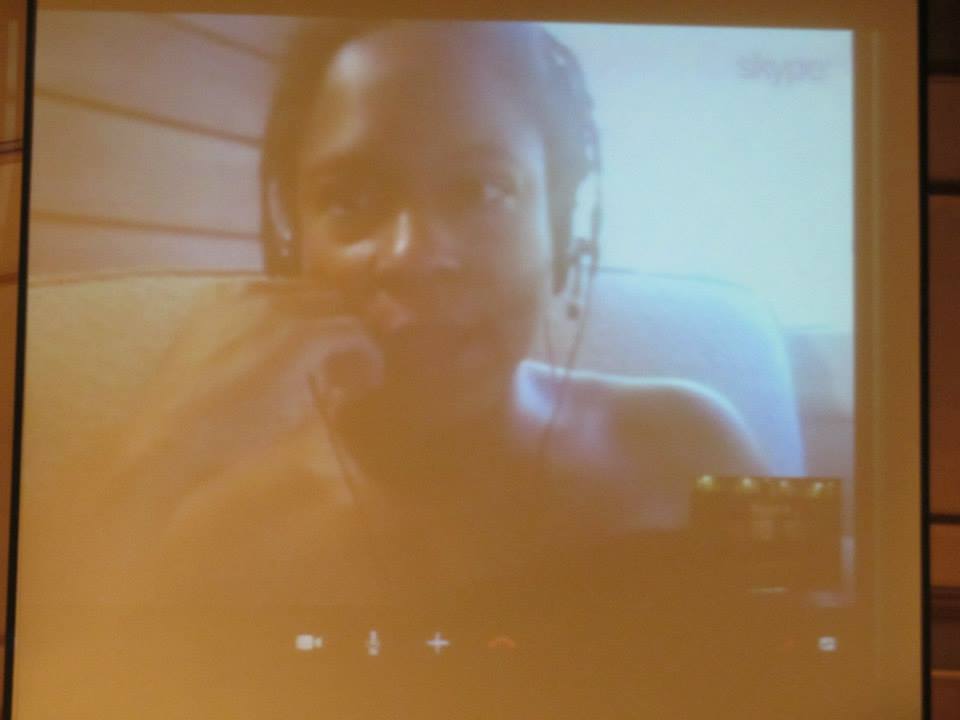 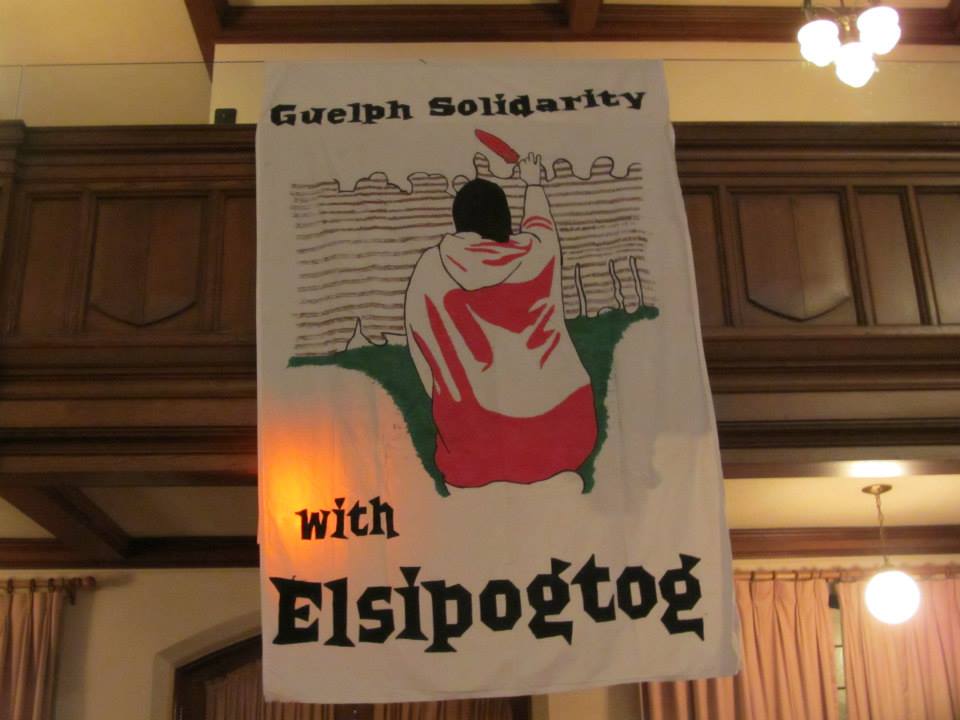 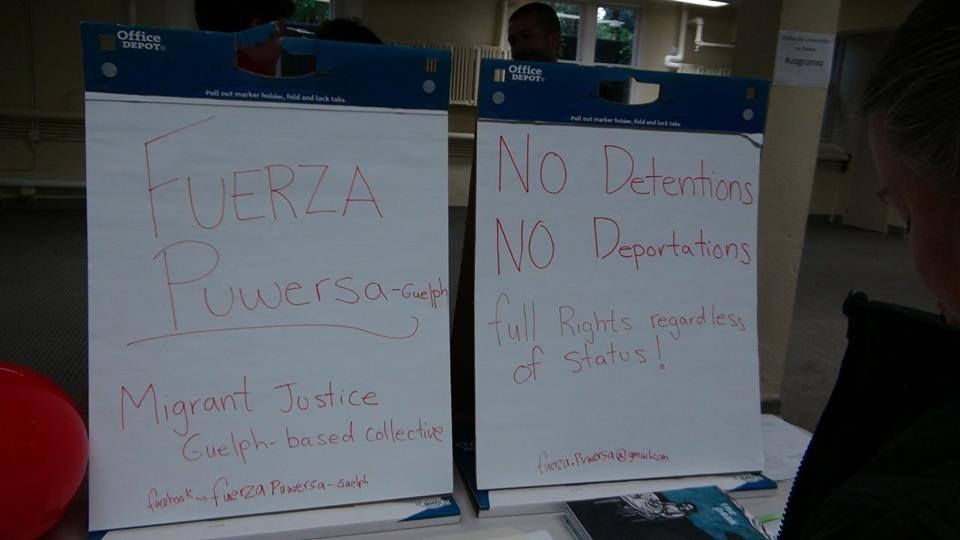 feedback from the attendees:

– THANK YOU! So inspiring! So mind blowing! So raw and real and powerful! THANK YOU!

– What an incredible event! My partner and I were discussing how we both felt a “high” afterwards, being surrounding by such positive and passionate people . My sincerest thanks and gratitude to the organizers, YOU ROCK!! I also want to thank all the other speakers, I learned a lot and had a fabulous time!!!!

– this conference was amazing! thanks so much to the organizers for all the work you put into it. i learned so much today. thank you for the opportunity to speak and to listen to such a fantastic group of people.

– I can’t tell you HOW AMAZING the conference was (in case you were there, then you’d already know..) Thanks so much to those who organized, spoke, attended, etc. it was incredible.

– Congratulations to organizers, speakers and participants. It was amazing in every way.