as some readers know, I have moved again and this time North, residing on an island of snow & ice, accessible only by plane or ship, where days are short and blizzards are common, sometimes going -50 below during wintertime.

in other words, not a place you’d expect to find a vegan.

the thought of a vegan living in the Arctic tundra sounds like a bad joke – the kind some family member makes at an awkward family gathering, where instead of a pig on a desert island, this time around it is you and an arctic hare on an iceberg or something.
(my usual response to those loaded “jokes” are to ask how the herbivore has been living there before my arrival, and why can I not also rely on their food supply too?)

so why am I here?

well, that is not really the purpose of this post, although suffice to say I enjoy travelling, seeing new parts of the world and learning new places to call home. I am a white settler, and to move anywhere is a privilege few in the world can do freely, so I try to savour what should be a universal right for all inhabitants of this planet, and otherwise try to support immigrant & refugee rights wherever I am residing.

besides which, I think it is an extremely healthy and grounding experience to venture into the unfamiliar, to recognize what privileges you have forgotten you carry, to learn a new way of becoming comfortable with being uncomfortable, and just all around trying to keep a fresh perspective on living life. of course, some people have always known these feelings of unease, and struggle to find a place they feel welcomed & safe, so know I am only speaking for myself (as always).

alright, getting straight to it:
HOW am I staying vegan in the Arctic?
am I even still vegan up here??
is it awful or what???

I have been living in “the place of many fish” (so-called Iqaluit, Nunavut), since late 2017 – and I don’t plan to be leaving anytime soon…

but to give a proper explanation on if or how I am still vegan, I want to give context.

me giving you context requires clarifying misconceptions and otherwise self-educating out of ignorance. so here we go. and no, this is not a tourism advertisement or me trying to convince you to vacation here.

I am explaining why the land I occupy and the people & animals I inhabit it with are relevant to any serious conversation about “ethics”, or whatever you want to call conversations about competing definitions of a righteous way(s) to exist.

(1) the territory of Nunavut is enormous.

it spans nearly the whole way across the northern end of the americas.
not only is the size of the land itself beyond what most people imagine about the Arctic, but then there is also a serious failure to appreciate the genuine diversity of indigenous peoples living here, and who have been now for millennia.
really, it is another example of the archaic notion of borders and nation-states claiming to represent such large-scale land masses & the complex cultures residing upon it.

(2) the place is fucking pristine gorgeous.

the very nature of the Arctic is so inhospitable to us human species – and this is why it stays unravaged by capitalist-corporate endeavours, relative to elsewhere in the world. no doubt this will change with the changing climate of the world and likely water-wars, but this post is already long enough without me dabbling in what tomorrow will hold.

(3) this spot in the world is so very north that it has its own rules.

this blog gets regular visits from people all around the world, but I am still assuming the large majority of readers are urban-dwelling people (but correct me in the comments).

(4) the residents who choose to live up here are many and diverse.

I won’t dive into too much detail over this matter, instead just refer you to a “Planet Earth” episode of the Arctic on netflix (bom bom), besides highlighting there are:

Iqaluit is roughly 60% Inuit peoples, with the rest made up from a never-ending influx of contract & seasonal workers.

historically, however, Inuit peoples have existed here a long fucking time and continue to exist across the Arctic tundras with a wide spectrum of cultural practices, languages and identities. the diversity contained in the name Inuit really surpass the racist pejorative name of “eskimo” and reflect back the true ignorance of white settlers, then & now, who have been unable to comprehend a reality that complicates the familiar narrative you probably learned in history class. 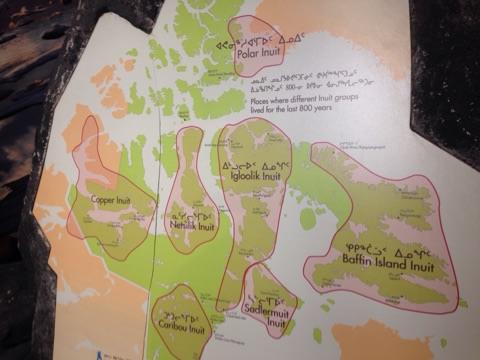 but before I go further, let me stop and make something apparent.
for anyone quick to be like “ya i know all this already gawd,” think about whether you are leaning into this creepy habit of guilty well-intentioned white allies (vegan or not) to romanticize native peoples as innately noble objects to imitate (read: appropriate) as though they are the saviour for all the fuck-ups of western society.

no doubt, indigenous peoples all around the globe have lived by a more in-tune lifestyle with the natural world and it has been western forces of religion, industry and economics that have brought such devastation to peoples, animals and ecosystems.
with that said, however, beware yourself thinking or others who exotify Inuit or any other group because it’s a convenient point of view among white settlers to restrict the identities of indigenous peoples into a static & historic image.

when that happens, then you have the media and government and education systems treating natives as more of an idea that they control rather than, you know, living breathing people – many of whom have survived (physical & cultural) genocide & displacement through generations of colonization. 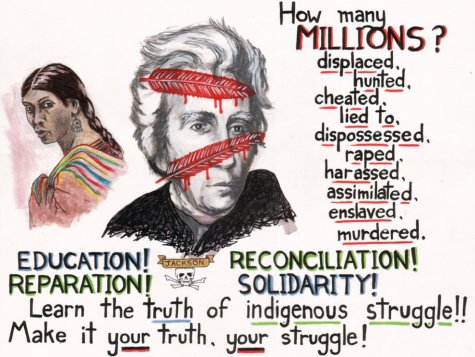 how NOT to be vegan in the Arctic

okay so what was the point of all that information for, huh?

well, it was a very quick primer to contextualize what it means for a white person (read: a descendant of, and currently benefitting from, the legacies of colonialism) to be living in the Arctic (read: a wild, beautiful land that was helped kept so  through generations of indigenous caretaking) – vegan or not.

but as a vegan – someone trying to live with more intentional habits towards what they consume in food, products & entertainment, specifically with consideration for animals – I am well aware of the abysmal failures that animal rights organizations have done despite the best of intentions.
yet good intentions don’t really mean shit, do they?
the missionaries of church & state who organized and operated residential schools no doubt assumed they were doing god’s work, trying to “save” people from savagery. obviously, that didn’t stop the crimes against humanity that occurred.

no doubt, you have heard of campaigns to end the seal hunts in the Arctic.
it is notorious because rarely do you have such adorable creatures killed out in the open (usually, this gets hidden behind barn doors and slaughterhouse walls and lab security).
it’s not uncommon in town to see someone on their front step cutting up a dead seal.
but considering the context of this situation – a white visitor and an Inuit local – it is extremely oppressive for me to preach or shame at somebody.
no, that doesn’t mean I don’t pity the dead or that I will go hunt too.
rather, it does mean that I can appreciate the wider game at play which has brought harm to all of us, although in clearly different ways and different degrees. because remaining oblivious to contemporary harms caused by environmental and animal welfare groups – Greenpeace, PeTA, IFAW – is a privilege of mine, but not only would that make me seriously naive and lazy, it also does little to help animals either.
so let’s unpack that privilege, shall we?

or, perhaps I could try to adopt a more radical perspective for this dilemma, which is certainly more disruptive to the invisible forces of oppression at play.
and what might this look like?

how to be an Arctic herbivore

tldr: yasss, I am still a herbivore, but hopefully you appreciate that white vegans on Native Land have tremendous responsibility to help undo legacies of colonial violence, or else to know enough to get the fuck out of the way of indigenous peoples who are trying to save the world.

but for those looking for some practical vegan hacks…